The Economic Index Foreshadows A Slowing Of The U.S. Economy Ahead 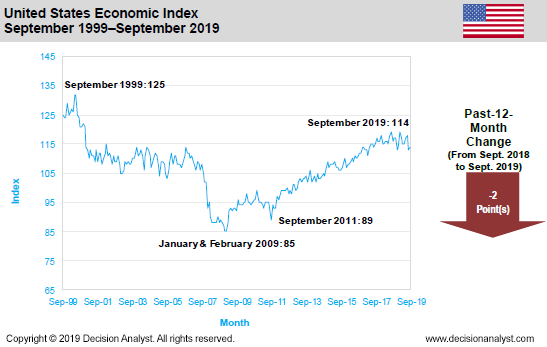 “The inversion of the yield curve, rising tariffs and trade barriers, and disruption of labor markets caused by immigration crackdowns are all having negative effects on the U.S. economy. A greater near-term worry, perhaps, is the impact that negative “a recession is coming” news stories are having on consumer psychology. The recent declines in the Economic Index suggests that consumers are becoming increasingly aware that a recession is a growing possibility—and it’s likely that consumers will postpone some discretionary purchases in coming months if the negative drumbeats continue,” said Jerry W. Thomas, President/CEO of Decision Analyst. “The weakening economies of the European Union plus the softness in China’s economy are also exerting downward pressure on U.S. economy activity. Slow growth, no growth, or a recession appears to be our destiny in coming quarters,” said Thomas. 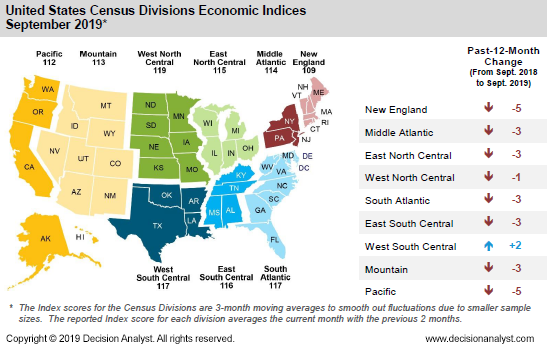