As we mentioned in an earlier episode, media mix modeling produces an equation and that equation has inputs and outputs. And the inputs are the units of activity for TV advertising and other types of advertising. And in the output is the units of product sold. And this equation is embedded into a simulation program (can be embedded into one) where the inputs are actual dollars spent on media (different types of media), and the dollars are divided by the cost of media. For example, TV, amount spent on TV advertising dollars could be divided by the cost of TV GRPs. And it’s converted to units, and then the units are input into the equation and we simulate the output, which produces units (again of products sold) converted to dollars, converted to revenue, by multiplying times of price (or if it’s a product category an average price) and then the net revenue is produced (the cost of the media subtracted from the revenue). 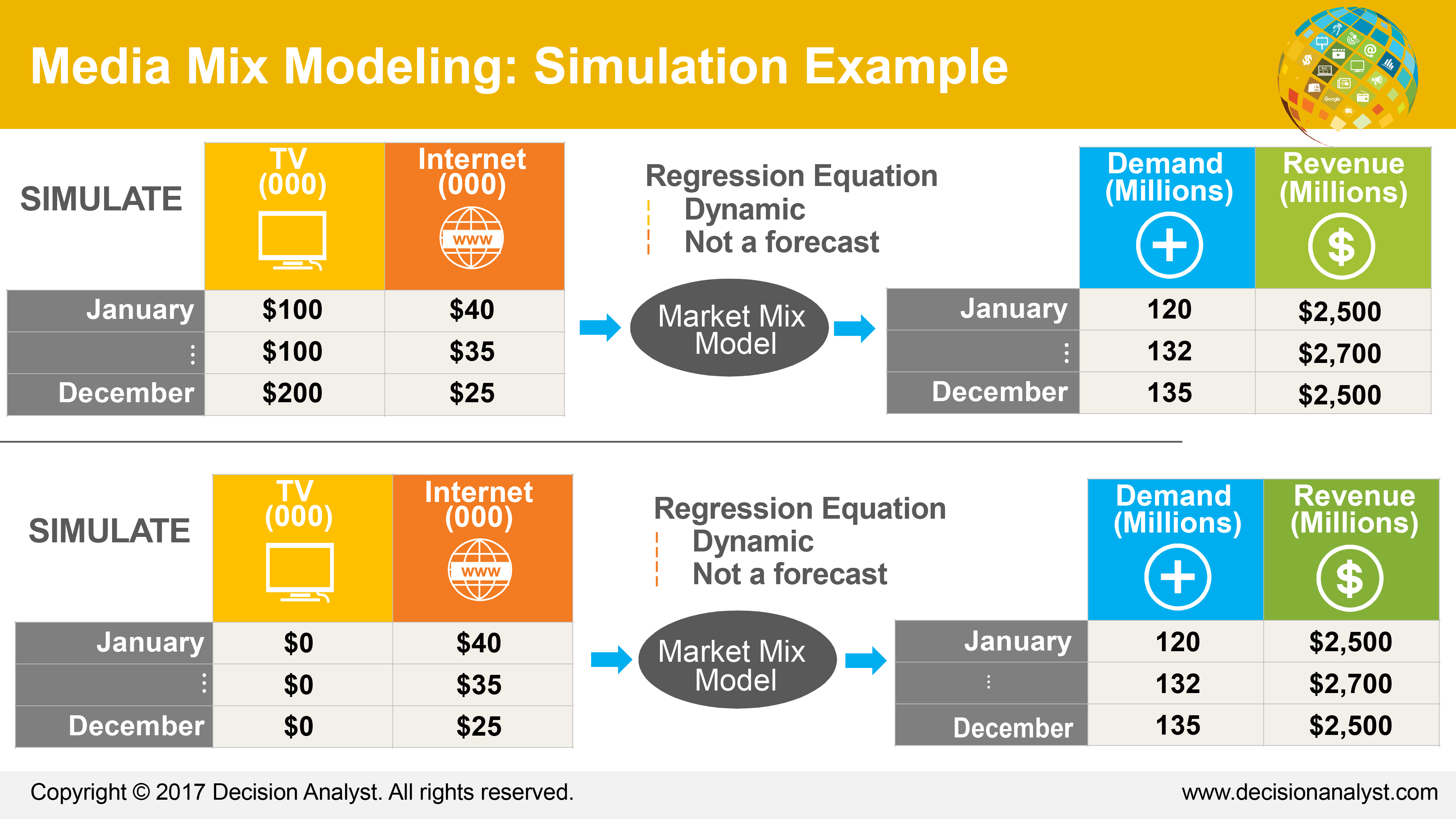 So that’s the simulation program. So how do we use this to, to generate a return-on-investment measure? We do two simulations. First, we simulate an entire media plan, which would include, for example, as in the diagram, the, the spend on TV advertising of a $100,000 in January and internet advertising (in this simple example of $40,000 in January) and the rest of this spend for the rest of the months of the year. And this first simulation includes the entire media plan. And the output again is the net revenue that’s produced by that, that scenario with that full media plan.