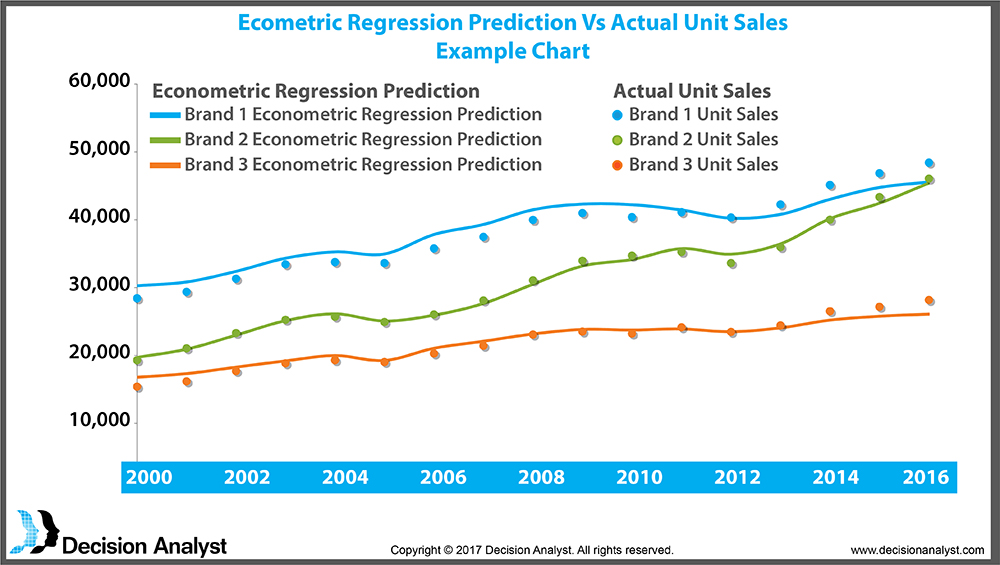 First, econometric modeling—it reduces the bias in measurement. That’s its first advantage. Second, it correctly or accurately isolates out the impact of the media (the impact of media on sales) from the impact of all of the other factors that influence sales. So both of these key advantages are very important, and it’s while it’s... beyond the scope of what we would discuss in terms of all the detail about this, suffice it to say that econometricians and statisticians have, for decades, developed methods that accomplish these benefits. And the approach (the use of econometric modeling and media mix) it utilizes these benefits.