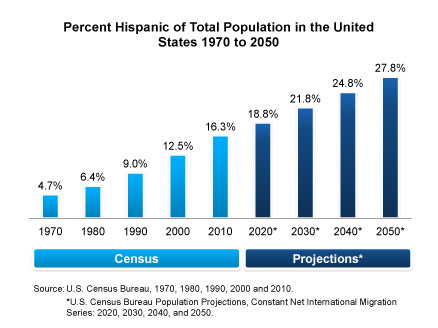 Decision Analyst conducted in-person depth interviews in large markets in Texas and California. All interviews were conducted in the Spanish language by one of Decision Analyst’s Hispanic moderators. To be classified as “unacculturated,” Hispanics had to speak Spanish in their homes as the predominant language, and had to consume Hispanic media predominantly. A total of 35 depth interviews were conducted, and each interview lasted approximately one hour. The interviews were audio- and videotaped. Decision Analyst developed the discussion guide, working closely with the company. The structure of the interview can be visualized as a funnel. Each interview began very “wide open” on the general topic, and then gradually moved to specifically focus on the company’s interests and issues. The interviewing method tended to be nondirective. Projective techniques, such as role-playing and storytelling, were used to help uncover deeper emotions and feelings.

Based on these findings and a number of other hypotheses developed by the research, the company was able to:

As a result of these initiatives, the company’s sales to unacculturated Hispanics quickly turned upward, and have continued to grow ever since.

If you would like more information on our Qualitative Research Services or would like to discuss a possible project, please contact Clay Dethloff, Senior Vice President of Insights & Innovation, (cdethlo@decisionanalyst.com), or call 1-800-ANALYSIS (262-5974) or 1-817-640-6166.