Baby Boomers: The large generation of Americans born after World War II, usually defined as those born between 1946 and 1964.

Baby Boomlet: : A time period when the birthrates remain high, such as 1977 to 1990 when the children of U.S. Baby Boomers were born.

Baby Bust: A time period (such as between 1965 and 1976) when birth rates drop rapidly and remain low.

Back Office: A reference to operation functions in marketing research companies, such as sampling, field services, mail processing, survey programming, and tabulation.

Back Room: A room with a one-way mirror from which clients observe and listen to focus group respondents. Also called the Observation Room or Viewing Room. Term is sometimes used to mean “back office” functions.

Balanced Clicks: Also called Click Balancing. Balanced nationally represented sample; that is, the number of clicks (i.e., the number of people entering a survey) is balanced to match the general demographic profiles of various target audiences.

Balanced Scales: Scales with the same number of positive and negative categories.

Bandwidth: The volume of data transmitted over networks within a given period of time. Typically measured by bits per second (bps) or bytes per second. Decision Analyst’s data-collection web servers and internet networks, for example, have sufficient bandwidth to handle more than 250,000 surveys per day.

Banner: The overall heading for a page of cross-tabulations.

Banner Ad: An ad placed on a website, usually at the top, sides, or bottom of the computer screen.

Bannerpoint: The heading for one column of data on a page of cross-tabulations.

Base: The sample size or number of respondents on which the percentages in a table are based (i.e., the divisor).

Basic Research: Research aimed at expanding knowledge rather than solving a specific problem. This term is most often used in reference to scientific research, and it is often contrasted with Applied Research.

Batch (Data Entry): A group of paper questionnaires to be entered, usually between 10 and 50 (depending on the number of pages and/or complexity). Questionnaires are signed out to data-entry personnel in batches, and they are signed back in when completed (as tracking and quality-assurance procedures).

Batch Ticket (Data Entry): The cover sheet for each batch of paper questionnaires that contains the study number, batch number, and identification numbers of the questionnaires in the batch, as well as the initials of the data-entry person and the data-check person.

Before-And-After Control Group: A true experimental design that includes random assignment of people to an experimental (or test) group and to a control group, with identical premeasurements and postmeasurements of both groups.

BehaviorScan: A research service that reports market share and other variables for consumer packaged goods based on a large household panel for data collection.

Bernoulli Response Variables: Also known as dichotomous or binary variables. The value of each element is one of two possibilities such as yes/no or on/off or true/false.

Beta Distribution: A family of continuous probability distributions defined on the interval [0, 1]. Because the beta distribution is bounded on both sides, it is often used to model the distribution of order statistics or ranks, or for representing processes with natural lower and upper limits.

Bias: The difference between truth and the estimates of truth based on a survey.

Bibliographic Database: An index of published studies and reports with citations of author, publisher, dates, etc.

Bid: The estimated price to conduct a custom marketing research project, given a set of requirements and/or specifications.

Big Data: While there are many definitions, big data refers to extremely large datasets. Think of Google’s databases or Facebook’s databases as examples of big data.

Big Data Analytics: Refers to the use of advanced analytics and predictive modeling to cull and retrieve information out of large data sets.

Binomial Distribution: Often referred to as the “Normal Curve” in statistics, based on the distribution of binomial (yes-no or heads-tails) types of data.

Binomial Experiment: An experiment that consists of repeatedly drawing independently from the Bernoulli population; the sequence of Bernoulli trials.

Bipolar Scale: A scale with opposite end points, such as “sour” versus “sweet” or “good” versus “bad.” Also called Anchored Scales.

Birth Rate: The number of births a year per 1,000 members of a population.

Bivariate Data Set: A data set that consists of two measurements (variables) on each experimental unit or respondent.

Bivariate Regression Analysis: Analysis of correlation between two variables where one is the independent variable, and the other is the dependent variable (the variable you are attempting to explain or predict).

Blacklisting: The process of ISPs blocking research companies from sending emails or contacting their panel members. Decision Analyst subscribes to Habeas, a service that guarantees that Decision Analyst's emails reach its panelists. This prevents distortion of the sample related to ISP-blocking activities.

Blind tests: The testing of products or ads with all brand identity removed. Brand identity can introduce bias into a research project. (In fact, that is the whole purpose of brands—to create a positive bias toward a brand.)

Block Numbering Area (BNA): Prior to Census 2000, statistical subdivisions within nonmetropolitan counties for grouping and numbering. BNAs were discontinued for Census 2000, when they were replaced by census tracts.

Boost/Booster: To increase the number of surveys needed for a particular segment or subgroup. For example, if a random sample would yield too few women 18-24 years of age to analyze properly, then that part of the sample might be augmented or boosted. Also called a sample Augment or Sample Supplement.

Bounce Codes: Codes assigned to undelivered emails returned from ISPs or other servers. Decision Analyst tracks every “bounced” email to identify potential problems during the execution of a survey.

Boundary: The border around a market area that is being studied, or the border of a sampling area.

Boundary Files: Geographic features, such as streets, railways, or blocks, described or coded in a way that is understandable to a computer.

Box Plot: A graphical tool used to picture the distribution of data. 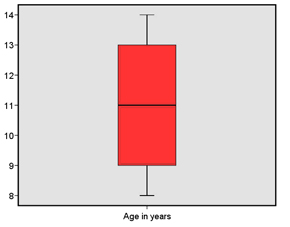 Brainstorming: A creative method of coming up with new ideas or solutions by generating many ideas, without subjecting the ideas (or the person who suggested the ideas) to critical evaluation. A similar and related term is Ideation. Decision Analyst owns and operates Imaginators®, one of the largest creativity communities in world.

Brand Associations: Images, emotions, colors, values, and other meanings that consumers attach to, or associate with, a brand.

Brand Awareness: The degree to which consumers are aware of (i.e., have seen or heard of) a brand. It is typically expressed as the percentage of the target population that is aware of the brand.

Brand Awareness, Aided: The percentage of respondents aware of a specific brand when presented with a list and asked, “Which of the following brands have you ever seen or heard of?”

Brand Awareness, Unaided: The percentage of respondents aware of a specific brand when asked, “When you think of peanut butter (i.e., category), what brands come to mind?” without being shown a list. In telephone or in-person interviews, this is often followed by a probe: “What other brands of peanut butter can you think of?”

Brand Equity: The awareness and consumer goodwill associated with a company’s brands and/or products.

Brand Equity Monitor™: Decision Analyst’s proprietary model that measures relative brand preference based on all aspects of the brand, including both rational and emotional perceptions of the brand’s products/services. Brand Equity Services

Brand Image: The total impression created in the mind of a potential consumer by a brand and all its functional, perceptual, and psychological associations. Brand personality, brand character, and brand expression are terms with similar meaning.

Brand Loyalty: The preference by a consumer of one brand over other brands and a repeat purchase pattern favoring the preferred brand.

Break Off: The act of a respondent aborting a survey during its execution. Sometimes called a Dropout.

Briefing: A training session, prior to starting work on a study/survey, in which all of the survey specifications, sampling guidelines, survey questions, and details of study execution are reviewed, explained, and clarified for all interviewers assigned to the project. This is generally followed by practice interviews administered by one interviewer to another.

Buying Intent: A measure of the likelihood that a respondent will purchase a product or service. Also called Purchase Intent or Purchase Propensity.

If you would like more information on Marketing Research, please contact Jerry W. Thomas by emailing jthomas@decisionanalyst.com or by calling 1-817-640-6166.