In order to move their pipelines along, many companies have adopted formal development processes, such as Dr. Robert Cooper’s StageGate. However, these processes focus mostly on the evaluation and development of new products, with little, if any, attention given to the generation of ideas. In other words, the process assumes an idea for a new product or service exists, but never says how that idea came about in the first place. Yet even Dr. Cooper himself acknowledges that starting with quality ideas is critical: “Don’t expect a well-oiled new product process to make up for a shortage of quality ideas: If the idea was mundane to start with, don’t count on your process turning it into a star!” [3] 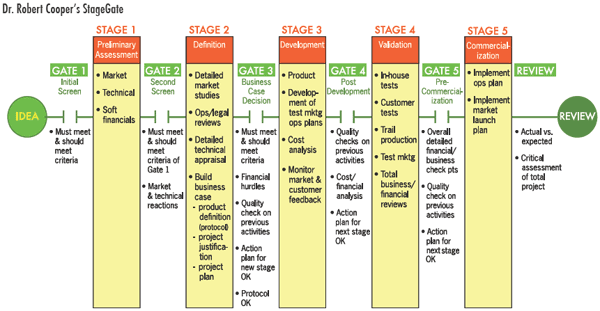 Because development processes put so much emphasis on idea evaluation and development, and so little on idea generation, companies often make the assumption that ideas are easy to come by. And, in fact, those companies that are attempting to find quality ideas to place into their development processes usually look within; they tell their employees to brainstorm and to “think outside the box” to come up with quality, innovative ideas.

However, we maintain that the direction “think outside the box” generally fosters mundane ideas. Here’s why:

“Think outside the box” is a very broad directive for creativity. It’s easy to imagine that thinking broadly will result in wide-ranging ideas—and it does. But we have found two problems with this thinking. First, wideranging ideas often are irrelevant to the task at hand and, therefore, are less actionable. The second problem is that wide-ranging ideas generally skim the surface of an issue and are actually quite shallow rather than innovative in nature. What’s needed is depth of thinking in the problem area.

Paradoxically, the way to generate a large number of highly innovative ideas is to focus narrowly and dig very deep. In other words, the most effective way of being creative is to stay “inside” the box. Or, build an even narrower box than relevance demands and plumb the depths of that box before building another box whose depths can be mined for great ideas.

We believe this is true, regardless of whether the people involved have natural creative abilities. Obviously, it makes sense to think that people who possess creativity skills will be able to generate more ideas than people who are naturally less creative. But we propose that even these naturally creative people will perform better by narrowly focusing their creativity.

We tested this hypothesis with an online innovation project conducted expressly as a case study. The project, conducted in early December 2004 in the United Kingdom and in France, set out to create a new chocolate product, using the Imaginators™, Decision Analyst’s proprietary international innovation panel.

Our Imaginators™ panel consists of everyday consumers who have been recruited based on their high levels of idea-centric creativity, their ability to come up with many original ideas for new products and services, and their skill in elaborating on those ideas as well. Potential panelists must undergo a creativity evaluation and score within the top four percent of the population before they are invited to join. We specifically look for several factors in their responses, including:

This method of determining creativity is based on current psychological and sociological research into how creativity can be evaluated. [4]

For this project, we asked approximately 40 Imaginators™ panel members from each country to participate. Participants were required to visit a private online discussion forum at least three times a day for 10 days. While visiting the forum, participants generated ideas in response to creativity exercises, submitted their own ideas, and responded to and built on the ideas offered by other panelists.

To test our hypothesis, we divided the participants from each country into two groups. Group 1 received specific “directed” instructions and creativity exercises; Group 2 received more “non-directed” instruction, typical of the outside the box instruction companies give to employees. Both groups spent the same amount of time on the project and had the same general assignment: to create a new chocolate product.

When the assignment was over, we evaluated the effectiveness of each approach based on the number of ideas generated, the originality of the ideas submitted, and the relevance of the ideas.

So, exactly how did our instructions to each group differ? To understand that, it is important to understand the difference between “non-directed” and “directed” creativity.

Non-directed creativity is creativity that results from the use of generalized processes, such as brainstorming. The “rules” of brainstorming are extremely vague – anything goes, as long as negativity and premature judgment are avoided. Participants are encouraged to let their minds roam far and wide to come up with ideas—the further and wider, the better, so as best to generate outside the box ideas.

The problem with brainstorming is that, at best, it quite often results in ideas that are superficial solutions for the problem at hand, and at worst, it can result in unworkable, irrelevant ideas that are a waste of time and resources. Edward De Bono points out that, since brainstorming was originated by Alex Osborn, an advertising industry executive, it is not surprising that “novelty and gimmickry,” which are not at all out of place in advertising, can be a result [5].

However, for business purposes, ideas must not only be novel but must also be a fit with the company; they must be relevant to the company’s objectives, or in other words, they must fit “inside” the box.

The main rules of brainstorming—suspending negativity and avoiding premature judgment—are also part of directed creativity. But then a “stimulus” (what Edward de Bono calls “a deliberate provocation operation”) is added [6]. The stimulus accomplishes several things—first and most important, it takes the participant out of his or her comfortable pattern of thinking about the subject at hand. We all think in routine patterns—it is the way our brains work. De Bono’s “lateral thinking” is all about cutting across these patterns so we can create new ideas in the intersection of existing patterns of information in our brains. Introducing a stimulus—even something as simple as a random, unrelated word—into our thought process about the subject at hand can be enough to cut across our existing thought patterns and stimulate creativity.

De Bono points out that this movement isn’t easy. It requires deliberate setup and then careful coaching. In other words, this more rich kind of “serious creativity” requires direction, particularly the creation of a “box” in which to create.

A number of idea-generation and creativity techniques in use today could be described as “directed,” including TRIZ, Six Thinking Hats, and Systematic Inventive Thinking [7]. Regardless of the actual technique, we have found that in order to ensure the creation of ideas that are simultaneously the most creative and the most relevant, some aspect of the direction should be related to the business objectives of the project. After all, the various aspects of the business objectives—company and product category constraints, timing, marketing issues, sales channels, production issues, and profitability goals—form the “box” within which the end product needs to fit. Consideration for business objectives and constraints allows for a more productive focus on generating actionable ideas without restricting the flow of creative minds.

Once the online-ideation portion of our project was completed, we evaluated the effectiveness of each group using an approach similar to the one we used to evaluate our Imaginators™. In our evaluation we looked at four factors:

Next, we divided the raw originality and relevance scores by the number of ideas produced. This gave us a measurement for how successful each group was at generating creative, yet relevant, ideas for the project.

In both France and the UK, the directed group out-performed the nondirected group. The panelists who received in-the-box direction generated more total ideas, more categories of ideas, and achieved both greater relevance scores and greater originality scores than the non-directed groups.

As shown in the table below, this case study demonstrates that outside the box brainstorming results not only in fewer ideas overall, but also in ideas that are less diverse and original. The directed group generated ideas that were more varied in nature; they were also more original. The non-directed participants, on the other hand, never ventured very far outside the box in their thinking, so they didn’t contribute any overtly irrelevant ideas. However, they also offered fewer, less original, less diverse ideas than the directed group. The sheer quantity of ideas generated by all groups was largely the result of using a panel of highly creative individuals instead of average consumers.

Instructions to think outside the box aren’t necessarily bad instructions. They don’t go far enough, especially if the purpose of the creativity project is to generate ideas that must be relevant as well as creative. The same discipline exercised in formal development processes must be exercised in the ideation stage.

Assuming that creativity skills involve the ability to be able to “cross patterns” without much direction to do so, a person with creativity skills should be able to come up with good ideas with outside the box instructions. However, the issue of whether many of the ideas are relevant and actionable will remain.

Edward De Bono has said anyone can be trained to think creatively, particularly if they are given careful instruction on directed creativity—how to use a stimulus as a means of moving toward a new idea.

Our case study indeed demonstrates that the most relevant, creative ideas are generated by using directed creativity techniques that “fit” the box already defined by the existing business objectives. 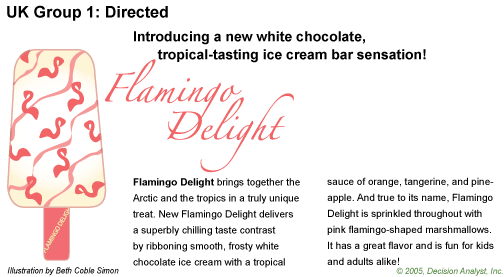 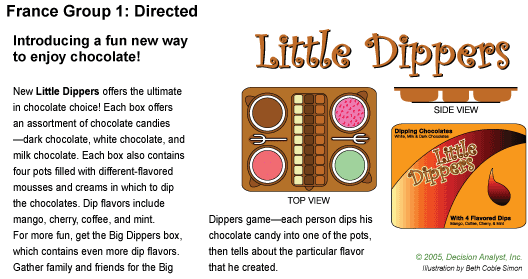 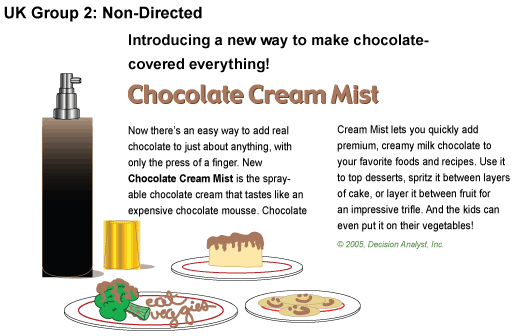 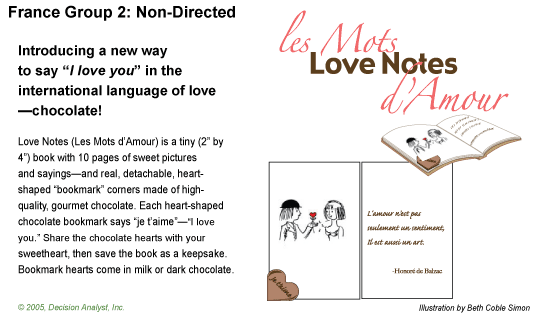