Although they have been venturing out a bit more, American consumers are currently feeling more stressed and frustrated with the pandemic and the virus' resurgence in the U.S. Many people have negative feelings about their financial outlook, most are likely to avoid flying, and feelings are split about how children should return to school. All of this stress and confusion points to lingering concerns for the U.S. economy. 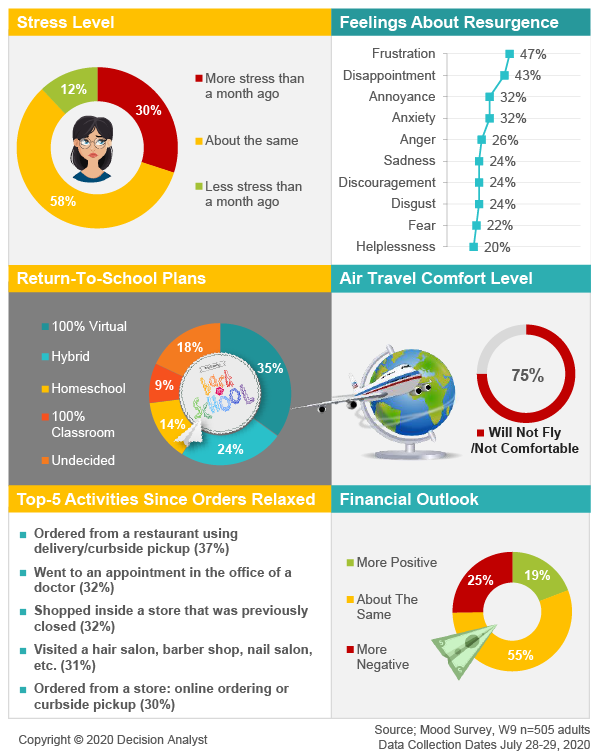 Consumer Emotions about Covid-19
Data from Waves 1 to 9

Consumer emotions dipped over the first few weeks, began to level off, and may be declining again. Since mid-March, consumer emotions have been on a negative trend. Though the differences are not dramatic from wave to wave, the most notable slips in consumer feelings were noticed across the first few waves (between mid-March and early-April) and again during the month of July. 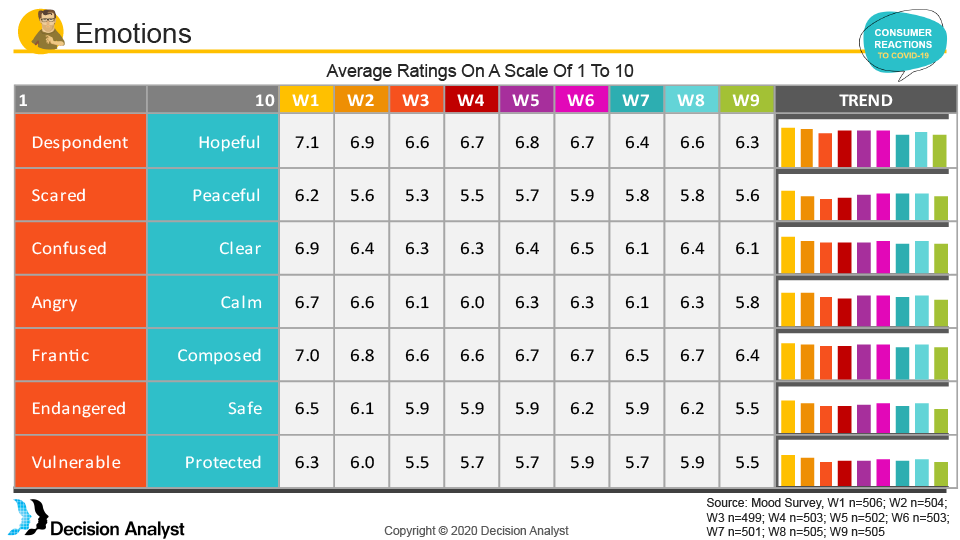 When we first asked consumers in mid-March, about 6 in 10 American adults were extremely or very concerned about the COVID-19 pandemic as it began to have an impact in the United States. Those in their 30s and 40s were initially far more concerned than were younger and older adults. Perhaps this is because the group is juggling many responsibilities, like work demands, young kids, and aging parents. Over time, the level of concern declined, largely driven by a pulling back on concerns among 30- to 49-year-olds and those aged 60+ but offset by greater concerns among adults in their 50s. During the month of July, a resurgence of concern has occurred, especially among the youngest adults. 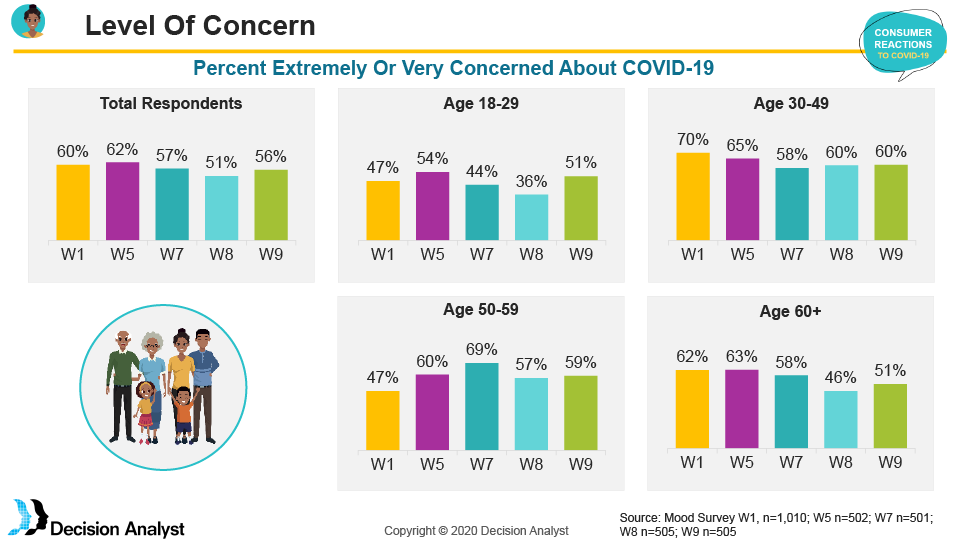 We are providing the Covid-19 Consumer Reactions Report (Updated Aug. 6 with Wave 9 Data) Free. Topics include: