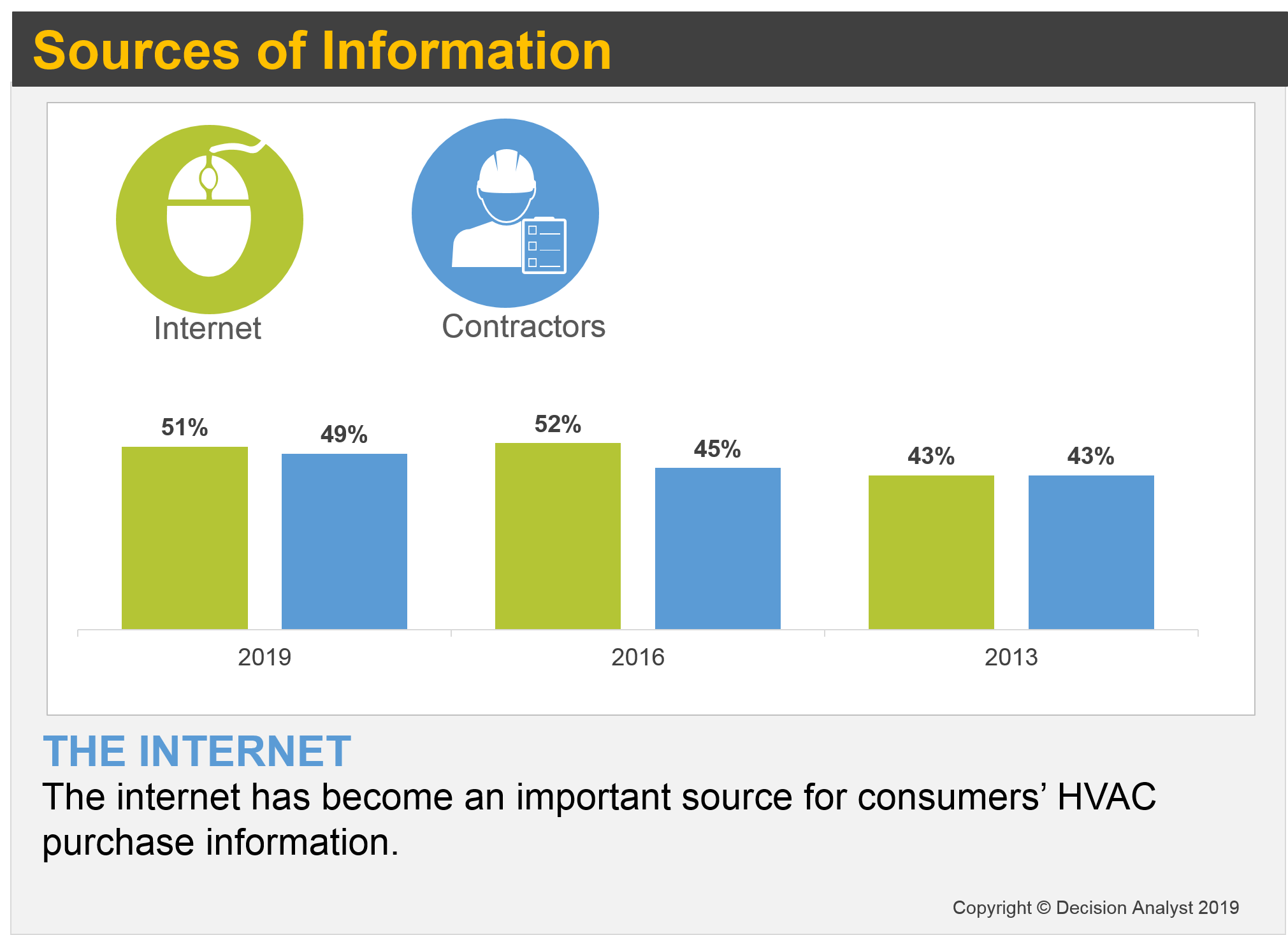 While that trend has narrowed in 2019, slightly more than half of homeowners surveyed in the current survey reported using the internet as a source of information about their HVAC choices. Still, almost half said they relied on their HVAC contractor’s recommendation. These two information sources were utilized equally in the 2013 edition of the American Home Comfort Study; but prior to that, the contractor was the unequivocal primary source of information for consumers.

“As the current homeowner population ages and more internet-savvy Millennials and Gen Zs enter the homeowner market, we expect the internet to play an increasing role in HVAC purchases,” said S. Mark Teich, the project manager of the 2019 American Home Comfort Study.

HVAC manufacturers’ internet focus is paying off. More than half (58%) of the consumers who used the internet to research their purchase visited an HVAC manufacturer’s website to obtain information about their purchase. Manufacturers’ websites were cited as the most-often-used source of information for these consumers, followed by articles and information found via a search engine (45%) and free online review boards (33%). Contractors’ websites were viewed less often, as only about a third of homeowners (32%) included a local contractor’s website in their online search.

Decision Analyst’s American Home Comfort Study, conducted from January through March in 2019, is a survey of nearly 2,500 homeowners who purchased a new central HVAC system in the previous 24 months. A nationally representative sample of nearly 35,000 homeowners were asked screening questions to verify their recent purchase of a central HVAC system, and those who qualified were asked a battery of questions concerning their purchase. To find out more about the report, or purchase a copy, you can contact S. Mark Teich (mteich@decisionanalyst.com), Decision Analyst’s HVAC Industry Market Intelligence Specialist.

Click Here to view a larger image of the infographic shown below. 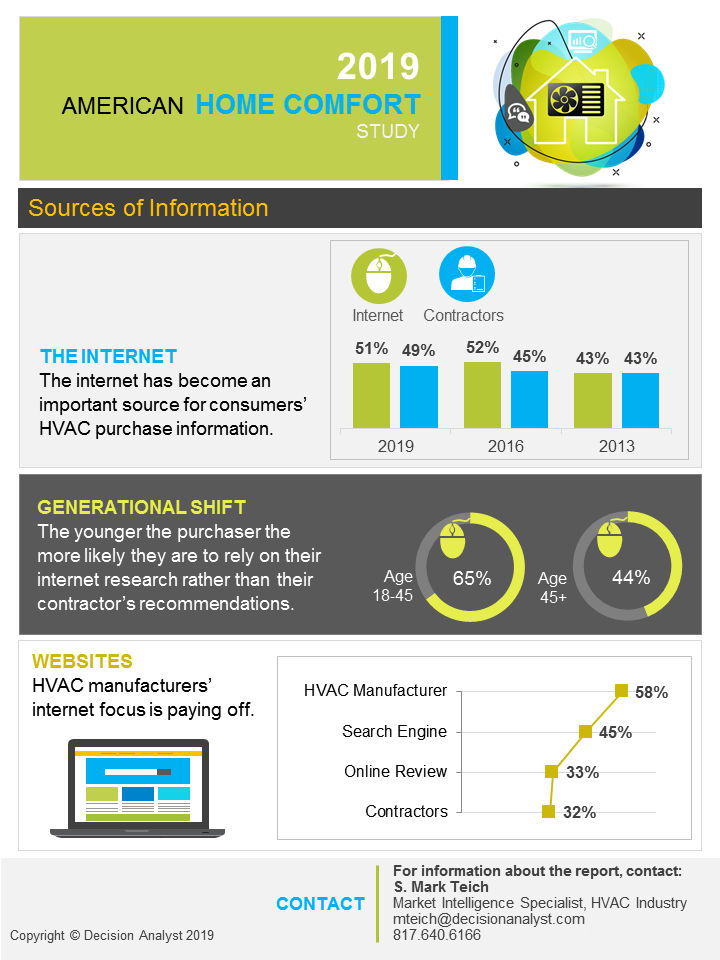