Arlington, Texas—The following chart compares the U.S. Economic Index to Decision Analyst’s Economic Indices for other countries. In South America, Brazil increased 4 points in the past 12 months, while Peru increased 3 points. Chile declined 6 points. In Europe, Germany decreased by 1 point in the past 12 months, and France and Italy each decreased by 5 points—with Brexit looming. The European economy is increasingly at risk of recession. Some of the major countries tracked by Decision Analyst are shown below. 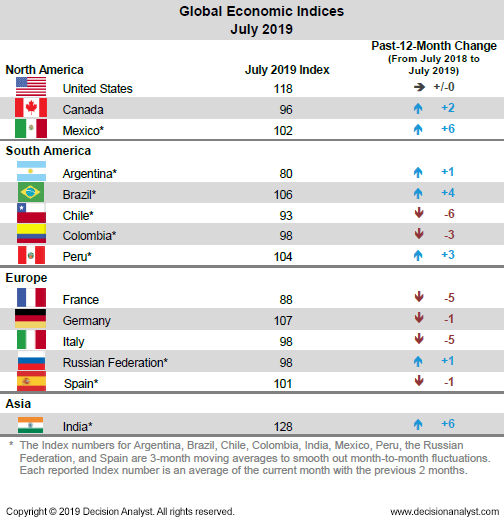 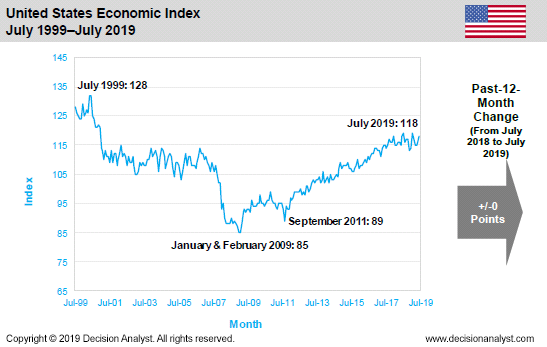 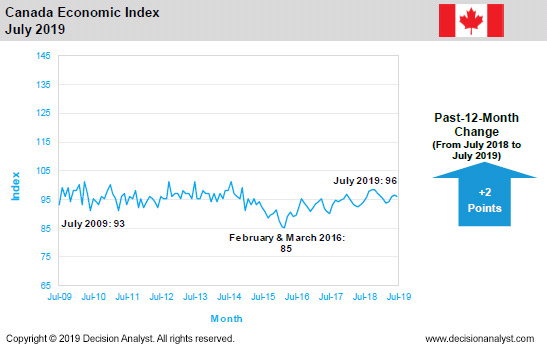 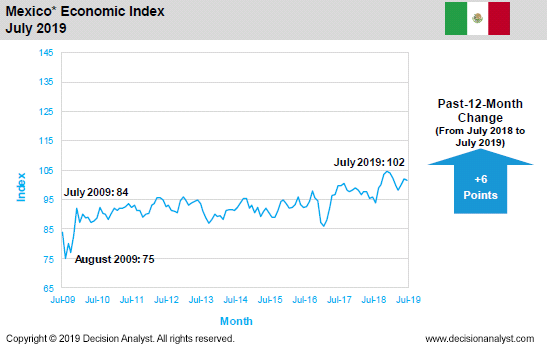 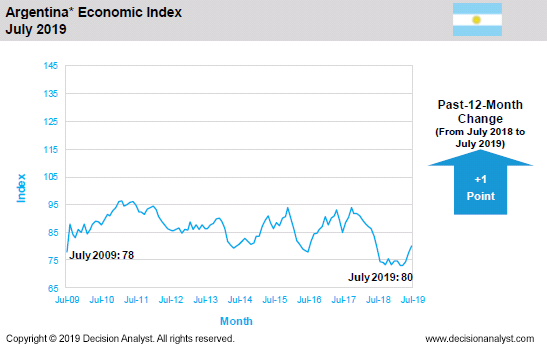 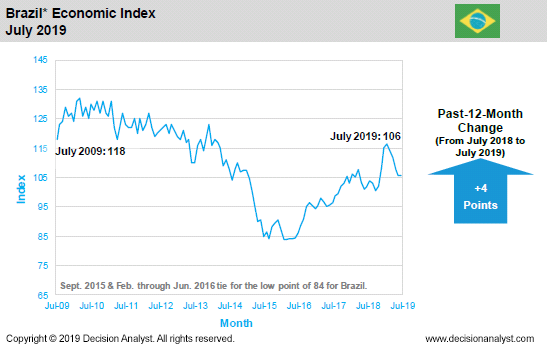 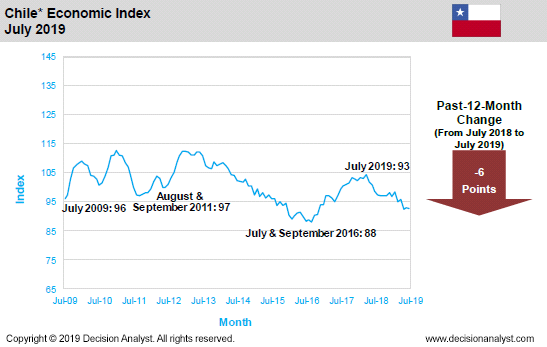 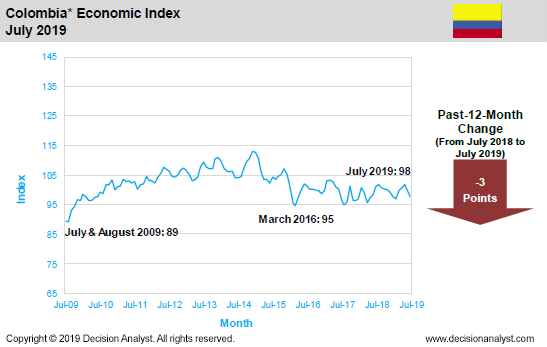 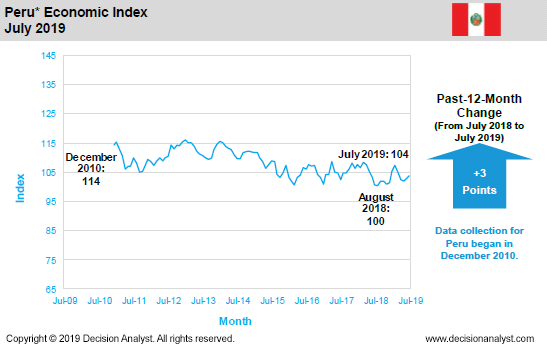 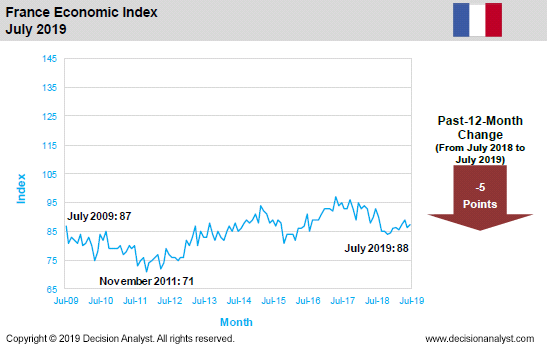 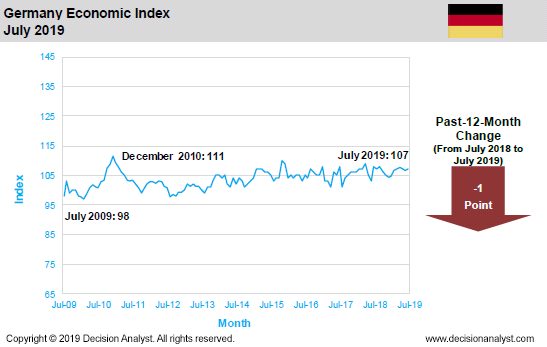 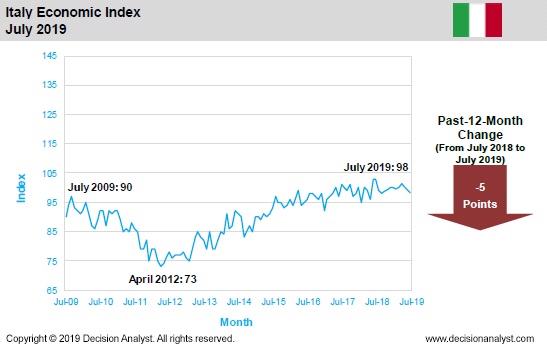 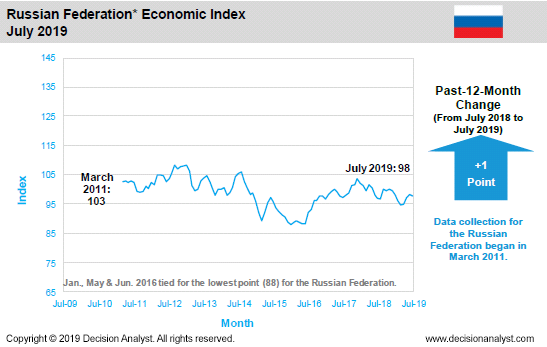 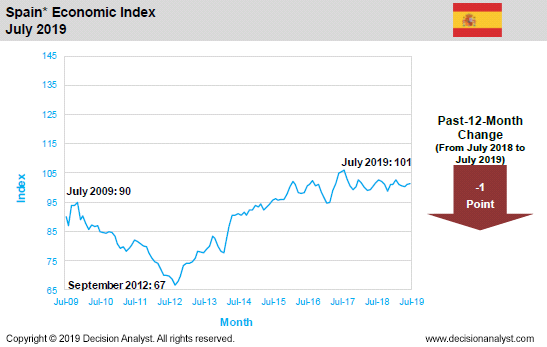 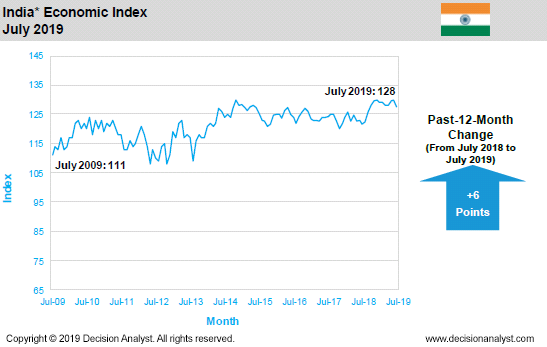