“The U.S. Economic Index is at a reasonably high level but appears to be trending sideways, an indicator that growth prospects might be stalling out,” said Jerry W. Thomas, President/CEO of Decision Analyst. “Looking forward, the economic picture is muddled. Disruptions from tariffs, threats of tariffs, and the exacerbation of inflation related to the tariffs, are casting a pall over the U.S. economy. Rising interest rates are also having a dampening effect on the U.S. economy. Rising U.S. interest rates could deflate U.S. asset bubbles (stock prices, real estate, etc.) and could trigger a rapid downturn in the economy. These threats to the U.S. economy are likely to negate some of the potential benefits from the recent federal tax cuts. Economic slowdowns in several European economies, as well as the possibility of recession in China, loom as potential negatives for the U.S. economy. Somewhere in the next 6-18 months, a recession lies in wait.” 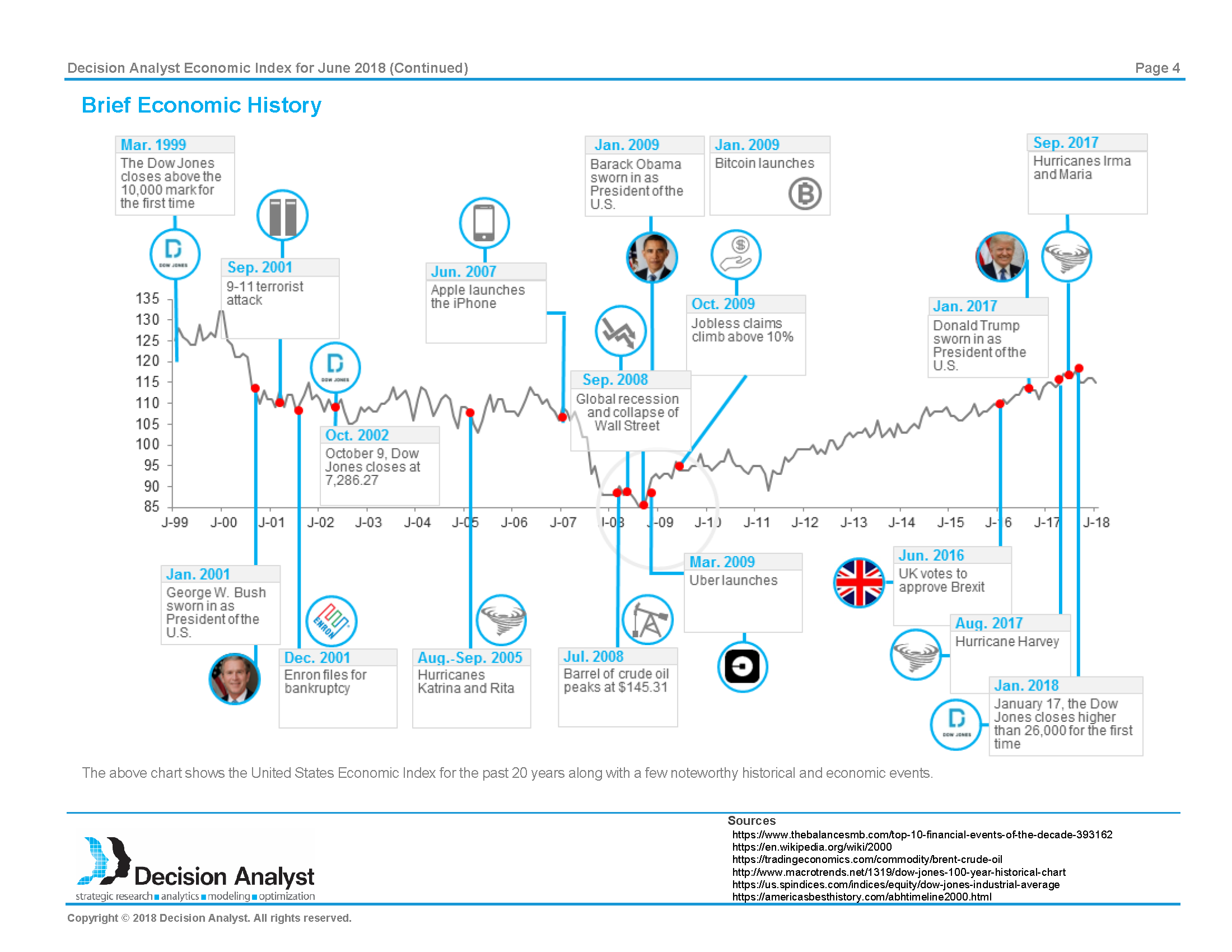 Decision Analyst conducts its concurrent economic surveys each month in Argentina, Australia, Brazil, Canada, Chile, Colombia, France, Germany, India, Italy, Mexico, Peru, the Russian Federation, Spain, the United Kingdom, and the United States. Whenever the Decision Analyst Economic Index is greater than 110, it tends to signal an expanding economy. An Index value of 90 to 110 suggests a no-growth or slow-growth economy, and near or below 90 generally indicates economic contraction. These guidelines vary by country, however.