Awareness in the U.S. of UK’s Vote to Leave European Union Extremely High, According to Decision Analyst’s Nationwide Survey

Arlington, Texas—A nationwide online survey of U.S. adults 18+ conducted by Decision Analyst during the three days following the “Brexit” vote by UK to leave the European Union reveals that awareness of the vote is extremely high in the United States. Eighty-three percent (83%) of U.S. adults report that they are aware of the UK vote. “About nine out of every 10 individuals who said they are aware of the UK vote could accurately answer that the 'Leave' faction won the election. These are amazingly high numbers for U.S. awareness of a European news event and for knowledge about the outcome,” said Jerry W. Thomas, President/CEO of Decision Analyst. 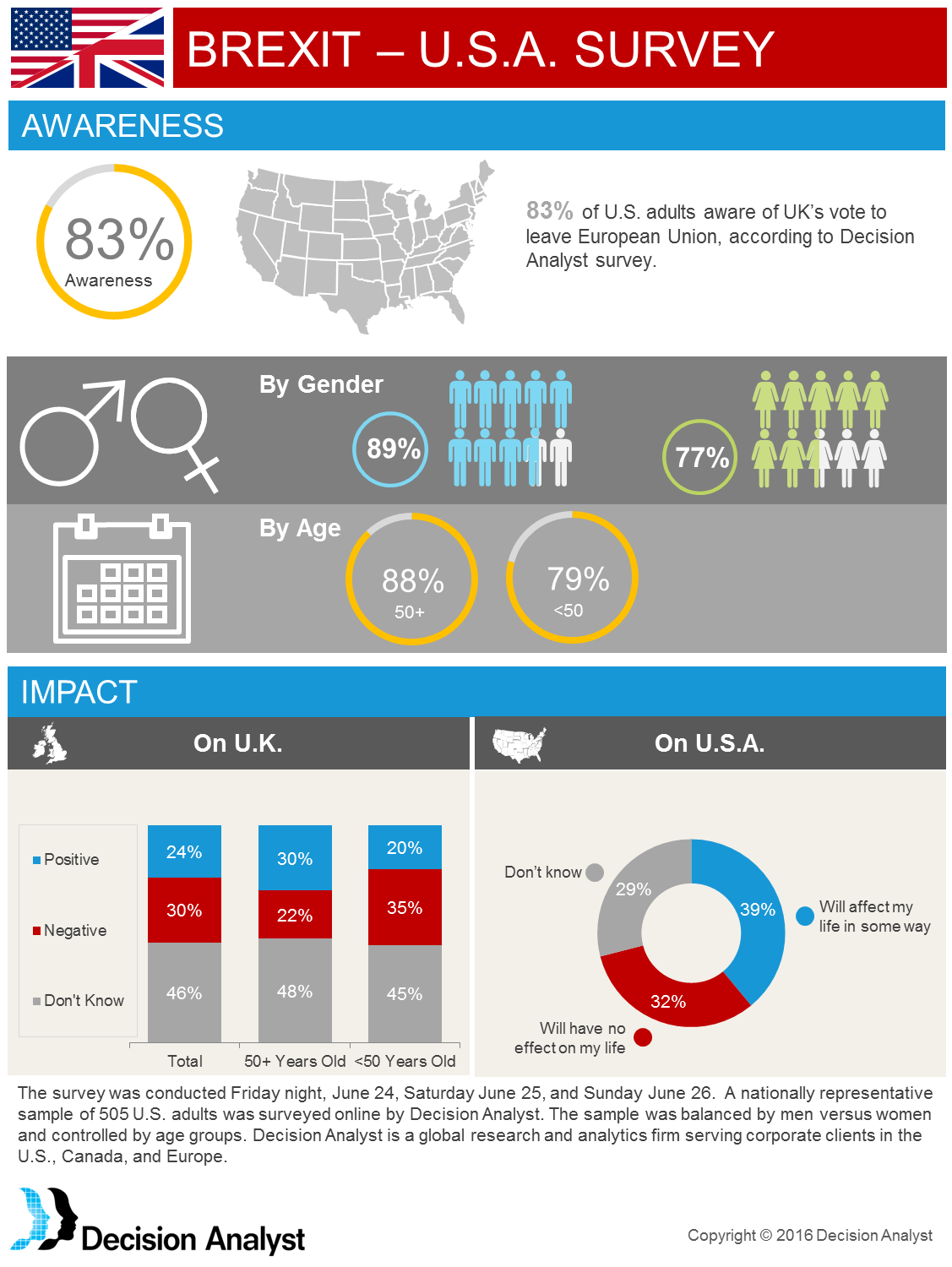 Thirty-nine percent (39%) of U.S. adults think the UK decision will “affect your life in some way,” while 32% think the vote will have “no effect on my life.” The “don’t know” answers are relatively high at 29%.

The survey was conducted June 24, June 25, and June 26. A nationally representative sample of 505 U.S. adults was surveyed online by Decision Analyst. The sample was balanced by men versus women and controlled by age groups. Decision Analyst is a global research and analytics firm serving corporate clients in the U.S., Canada, and Europe.